This is a transcription of part three of our video series, Investigating Mortgage Notes.

So as we discussed last time, briefly, most of these properties are in the Midwest. Some are in California, some of them are in Florida, a few of them are in Arizona and around. And typically they’re either originated by a small mortgage banking company that wants to sell them, or an individual. If an individual has a house that they want to sell, and their buyer can’t get financing, then they can do what’s called a “seller carryback” and originate that loan themselves.

Why Does Someone Need a Mortgage Note? 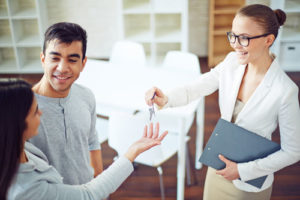 Now you can ask, “Well gee, why wouldn’t somebody be able to qualify for a loan?” The main reason is that they might be a foreign national, they might have a number of other loans themselves, or any number of reasons. And they could still be a perfectly good borrower, but just not be able to get a loan.

The other thing, and actually the bigger reason, is the fact that a lot of banks don’t want to lend to people on loans this small. It’s inefficient for them. Anything below $60,000 a bank is limited to charging two points on. Two points on a $60,000 loan is $3,000, and from that they’ve got to pay their appraiser, and their loan officer, and their processor, and all these other people. Plus they don’t get very much out of the servicing during the term of the loan. So they’re just not all that interested. So these are difficult to get. Some banks do grant them, but in large it’s not that easy.

So if Mr. Seller, John Seller, sells his property for $60,000, and takes back $10,000 that means that he has a $50,000 mortgage that he originates to his buyer. His buyer makes the payments to him as agreed, just like you would a bank, if it’s a 30 year loan at X percent interest rate, and the payments are, say $500 a month, then that’s what he agrees to make in payments. Now quite often during the term of these loans, two or three, four years, maybe longer, the seller decides that he really doesn’t want to have this mortgage anymore, he has another use for that money, wants to take a vacation, put his kid through school, invest in something else, or whatever, he can sell the loan.

He can sell it to someone like me, directly, because I’m always contacting a number of these people directly. Or it can go to one of the local exchanges, and post it there. They have to sell them at a discount usually, because it has a 5% interest rate on it. There’s little chance that anybody’s going to buy it and be able to resell it to investors for five percent or four percent. So they usually have to sell them at a discount at a much higher rate, and then somebody like me either holds on to them or sells them to different investors.

Let’s say you had a 30 year mortgage, and the borrower’s been paying for 25 years. So you’ve got … I’m sorry, borrower’s been paying for five years, and you have 25 years remaining. So you may not want to buy the full 25 years, you may say, “Richard, I really don’t think that I’d like to have an investment more than 10 years.” So what can I do is sell you that income stream, those mortgage payments, and you will have full rights to that mortgage during that time, it will be assigned to you, and you will be the complete owner and get all of the payments, and I basically don’t get anything as a seller. I will get something at the tail end, meaning after your 10 or 12 years there will obviously be, if it’s a 25 year loan there is 15 years left. So I’ll have the opportunity to go out and sell the remainder of that 15 years at that time.

So a lot of people really like that, because they think, well, if an investor is willing to sell me a partial, and he doesn’t get paid until the end, what that really means is that it’s got to be a pretty good investment, because he’s thinking that he’s investing, number one, for his own pocket, he’s got skin in the game. And he really is looking for his benefit later on, after I’m paid. So there’s a smaller likelihood that you’re going to get a weaker loan, for whatever reason.

Why Buy A Partial Mortgage Note

So that’s why a lot of people like to buy partials. Plus they don’t care to have a 27 or 25 years investment, whatever it is. Now one thing to remember is that a lot of people love to buy these through their self-directed IRAs. If you have 401K you can take from your W2 type of job, you can take a portion of that, take all of it if you want to, and move it to a self-directed IRA company, there are a number of them out there, and it’s a very easy process, and you can then direct them to buy a mortgage note.

Now you have to go out and find that note, you have to talk to somebody like me, and then I will facilitate that for you, but that’s how all that is done. Your 401K itself won’t invest in notes, they have to invest in properties … I’m sorry, in different stocks and bonds and things like that that are insured and fall under the Securities Exchange Commission. Nothing that we’re doing here today follows under the SEC rules. This is all just a straight investment, you would buy this like you would buy a stock, and you obviously don’t need a license to buy a stock, you can just buy it outright.

So that is an overview of how these created, bought and sold, and what a partial is as opposed to a whole loan. If you have any immediate questions please don’t hesitate to give me a call. Richard Thornton at 800-508-5212. And if not, I hope to see you on the fourth of our series, where we will talk about investing in mortgage notes in further detail. See you then, thanks and bye.