This is a transcription of part one of our video series, Investigating Mortgage Notes.

Hi. I’m Richard Thornton and I’d like to thank you for joining me on this podcast series where we will be talking about investing in private mortgage notes.

The intention is to have about 10 of these videos that you can watch all at once or over several days, as you would like. We will be discussing the investment of private mortgage notes. Hopefully you will be able to better decide if you’d like to invest in mortgage notes or not.

In this first one, we’ll be talking about the basics of mortgage notes. A typical yield you can expect, the type of notes that are out there and lay some basic general guidelines for the next of these series.

A little bit of background on myself: I’m Richard Thornton as you know and I’ve been in real estate for about 30 years. In the mid 80s I started a mortgage banking firm with an associate, commercial and we lent nationwide and at the time of its sale, in the early 2000s, we had about an eight billion dollar portfolio.

After that I invested in large senior housing projects nationwide with a number of my clients and then when the recession came along, or before the recession came along, I became a hard money lender and post-recession decided that it was a good time to get into flipping houses and did 18 of those. As part of that I actually decided that it was very interesting to become a private mortgage lender and purchase mortgage notes. That’s what I’ve been doing and I really enjoy it, find it very profitable and enjoy helping other people gain profits with that also.

Who Would Want to Buy a Mortgage Note 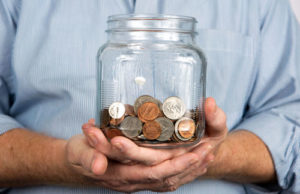 Let’s talk about why somebody would want to buy a mortgage note. Mortgage notes provide stable, consistent income that’s longterm. Longterm being, usually 10 years or more. Most of the mortgages that we buy are 30 year mortgages, they are seasoned mortgages meaning that the buyers or the borrowers have been paying for anywhere from two to four years, so they have a good payment history that’s consistent and if you invest in one of these, you’ll get a return that can be tax free if you invested in it in a self-directed IRA and if you used a Roth IRA, you’ll never pay taxes on it, even after you cash in your proceeds at the end of the day.

Want to learn more about how to start investing? Check out our guide.

These are great investments for people’s retirement accounts. If you want to save money for your child going to school or have any other reason why you’d like to get a good return. Returns on the type of product that we’re talking here, being loans that are first trust liens, we’re not talking about seconds or anything like that, that have a good security risk meaning that you have the property as collateral, are usually somewhere in the six to eight percent realm. You can buy a whole loan, so if you wanted to buy, let’s say 27 years, you could do that or you can buy what’s called a partial, which is just the first 10 years. We’ll talk a whole lot more about that later.

As I just mentioned, these are typically 10-12 year investments. Some people like to just buy them and put them away, it’s called, set it and forget it and that’s perfectly fine too. A typical investment size is usually $20-$50 thousand dollars. Most of the mortgages that we buy are in homes throughout the Midwest. I happen to be based here in the San Francisco Bay area, where for a little two bedroom, one bath house you can spend anywhere from $700 to a million dollars, $700,000 I’m sorry to a million dollars. Outside of Indianapolis, Akron, St.Louis, places like that, you can buy that very same house, built in the 1950s, cute as a button quite often for probably $50 or $60 thousand dollars.

If the borrower puts down $10,000 and tries to get a $40,000 mortgage, quote often they can’t. It’s not because they don’t have a good credit rating, it’s simply because the loan is too small and a lot of banks can’t or don’t want to make loans that small because they’re inefficient. Federal guidelines restrict the amount of fees that can be charged on a mortgage note that size and therefore they say it’s just not worth it.

There are some that do grant loans that size, but quite often they’re difficult to find. A seller may say to a potential buyer, look, if you want to buy this house, give me a down payment of say, $10,000 on a $50,000 house and I will be your bank and will draft a mortgage for $40,000. Then he or she collects the payments for 30 years or whatever the term, 10 or 20 years whatever term they decide upon. Quite often what happens is that seller who has taken back that note, decides to want to do something else with the money. Either they find another investment that they want to make or they maybe want to take a vacation or send their child to school or any other number of things and decide to sell the loan. They can sell the loan to a broker or an investor like me, through various exchanges or I’m reaching out every day trying to contact different people like that to see if they will sell them to me directly.

We have our usual mortgages are $20-$50 thousand dollars that would be on a $100-$50 thousand dollar house or usually in the 50-60% range for loan to value. One of the aspects that is desirable about these loans is if, for some reason the borrower does default, you’ve always got the home as collateral and you have to ask yourself, well if it was a $60,000 house and I have a $30,000 mortgage on it or that’s what my investment is anyway, could I even, in a slow market, probably mark the price of that house down to $30,000 and still recoup my investment? The answer is usually yes. It might take you six months to sell the house. You’d have to foreclose upon it, but at least it’s more secure than say, the stock market, where if you lose your money, you don’t necessarily have any hope at all that you’re going to get your investment back.

There are also several other ways that you can benefit from these, in terms of having a safer investment, but we will talk about that later. If you decide you’d like to do something immediately or have questions immediately, you can always feel free to call me, Richard Thornton at 800-508-5212or fill out our online contact form and I’d be glad to talk with you or you can watch the rest of the series and get more answers to your questions. I’ll see you in the next series. Bye-bye.